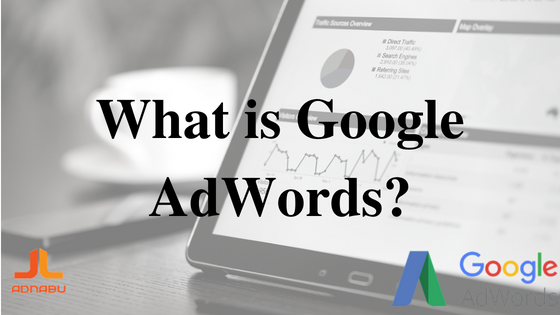 What is Google AdWords and Internet Marketing?

I will be discussing what is Google AdWords and about PPC and internet marketing in this blog.

Pay-Per-Click Marketing or PPC, in short, is an online advertising model which is aimed at driving traffic to websites of businesses. An advertiser pays the host or the publisher when their ad gets a click. A few popular PPC Advertising service providers are Google AdWords, Microsoft Bing, BuySellAds, etc.

A brief history of Internet Marketing and the advent of Pay-per-click Marketing.

The first documented PPC Advertising spaces date back to 1996, Planet Oasis provided these on a desktop application. Then, a Canadian search engine called OpenText Index sold PPC ads for the very first time on their search result pages calling them Preferred Listings. In the same year, Google was started as a research project at the Stanford University. Online advertising went viral since its early conceptualization. By 1997, over 400 brands used the PPC model to reach a better audience. However, the pricing then was a  flat-rate cost per click ranging from $0.005 to $0.25. Due to the high acclaim of this advertising model, by 1998, the number of advertisers grew rapidly. This led to the inauguration of the now-known auction system bidding for keywords and ad ranks by Goto.com. Cost per click reached up to $1 by mid-1998.

In 2000, the internet advertising market crashed badly after the dot-com bubble burst. Most of the advertisers peddled back as their businesses went bankrupt. Amidst this crisis, Google launched its own advertising platform called the AdWords. AdWords was initially a CPM (Cost-per-thousand-impressions) model.

Goto.com then changed its name to Overture Services and partnered with other search engines like MSN, Yahoo! and others to host PPC advertisements. By the end of 2001, Overture was making a whopping $288 million in PPC ad revenue whereas Google made $85 million in CPM ad revenue. Google revamped AdWords to a proper PPC advertising platform in 2002.

Google launched AdSense in 2003, and in 2004, Google captured 84.7% of the internet search market share. From then on, there has been no turning back. Google has consistently perfected its PPC platform adapting techniques to rectify click frauds. Google also launched Google Analytics in 2005 to help advertisers track their campaigns better.

Google still holds the majority of the market share of online advertising even though competitors are a growing potential threat. With over 3.4 billion active internet users, the scope of online marketing is only expected to expand in the times to come.

How does Pay-per-click Marketing work?

Pay-per-click search advertising is all about keywords. Advertisers bid on keywords of their choice, and when a search query matches their keywords, the keywords go into an auction. Depending on various factors such as Quality Score, Relevance, Click-through Rate, etc., the position of the ad about the keyword is determined.

What is Google AdWords?

Google AdWords is one of the leading online advertising platform providers following Pay-Per-Click model since 2002. AdWords’s success in the last decade of its existence has made advertisers dependent on their service. Leading AdWords automation software like AdNabu are working hard to optimize and boost the countless advertising campaigns for various advertisers. Keyword selection to Quality Score improvement, all can be done in just a few clicks across the account for adequate progress.

Learn more about what is Google AdWords, it’s basics, and advanced concepts, pro-tips and growth hack on our AdWords and PPC blog.

The Future of Pay-per-click Marketing?

2015 and 2016 witnessed a dramatic rise in audience targeting features by PPC service providers, but experts believe that 2017 is going to see advertisers exploit this feature exhaustively. Experts also believe that PPC platforms would have to improve the targeting and tracking features they offer.

Showing your ad to the audience is the second aspect of PPC marketing, but the ad copy optimization itself is still the most important task. Features like Dynamic Keyword Insertion, Ad Customisation etc have been around for a while now, however, they are put to use only by a selected segment of advertisers. This number is expected to grow, but yet not significantly. Semi-personalized ad copies based on user behavior, age, gender and even the devices, are seeing an upward trend.

Facebook and Google will capture over 70% of the new digital marketing spend in the next 3 years.

Google Shopping Ads will grow bigger and would occupy more real estate in the search results. Google might add more extensions to Text Ads, thereby giving them an enhanced visibility. The overall campaign budgets and CPC of AdWords will rise in 2017 like the year before.

These are a few interesting predictions of the trends Digital Marketing aka Internet Marketing aka Search Engine Marketing is going to witness in 2017. But how right are these predictions, only time will tell?